Circles of Parity: A History

About two weeks ago reddit user AZxWildcat submitted this awesome image to the College Football subreddit. 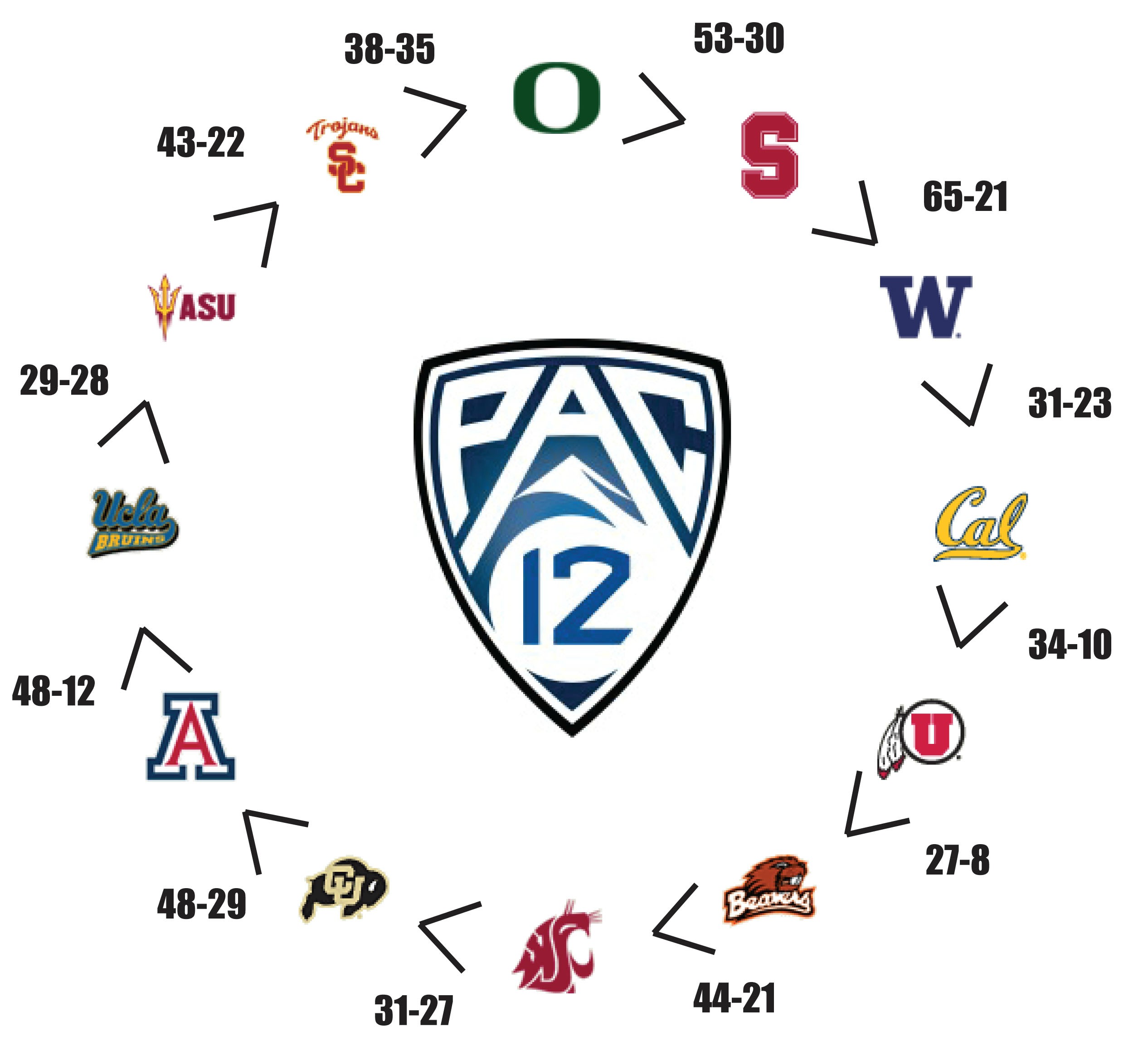 Instantly after seeing this, I wanted to know more. How often does this happen? What year did it happen the most? When did this first happen?

My initial hypothesis was that circles of parity occur once or twice a season. To test this statement, I needed every college football game score. Ever. Thankfully, the Internet is a wonderful place.

One Google search later and I landed on James Howell's College Football Scores page. This guy has the score of every college football game going back to 1869. Yes, 142 years of football scores. He also maintains a similar data set of conference affliations. I wrote a fabric script to save all the results locally for further processing.

After downloading and transforming the data, it was time to start analyzing. For each year I had a JSON representation of the conference affiliations and a CSV file of football scores. The first step was to create a a directed graph for all the games that year. Each node in the graph is a team. Connections to another node inditcate victory.

Next, for each conference, I took a subset of the overall games graph involving only the teams from that conference. In the graph, a circle of parity manifests itself as a cycle which touches every node one time. In graph theory, this is called a Hamiltonian Cycle. To find these cycles, I first enumerated all paths in the graph. Since I made sure to only visit a given node once within a path, a path is a Hamiltonian cycle if and only if its length is equal to the number of nodes in the graph. With just under a hundred lines of Python my solution was complete.

It turns out my initial hypothesis was correct. A circle of parity will likely form once a season. However, after 142 years of football, there are some really interesting data points.

If you're interested, the full report lists all 134 circles.

It turns out that finding Hamiltonian cycles is hard. Not just hard, NP-complete hard. Thankfully, my graphs are very limited in size so the report only takes about a minute to generate on my laptop.

Even so, I thought I would give PyPy a chance to work its magic. PyPy is a "fast, compliant alternative implementation of Python" written in Python itself. They aren't lying when they say its fast.

Without changing a line of code, my code saw a 56.6% percent improvement in running time. If you haven't checked out PyPy yet, I suggest you head over the homepage right now and get reading.

All my data and code can be found in the circle-of-parity Github repo. Another huge thanks to AZxWildcat, James Howell, and the website where I got some of the cycle detection code (which I have now forgotton).