The objective of StarFighter is to fly and blast through asteroids and space debris, making it to the end of the level with a high score. The ship is controlled entirely with the mouse. Lasers are fired by clicking the mouse button. The ship can also launch bombs by holding down the mouse button and releasing it after at least half a second. The longer the mouse button is held down, the further the bomb travels. Bombs are detonated by pressing the space bar.

Quicktime had some problems. It didn't record the sound effects and created some bad flashing artifacts (seen in the first video) 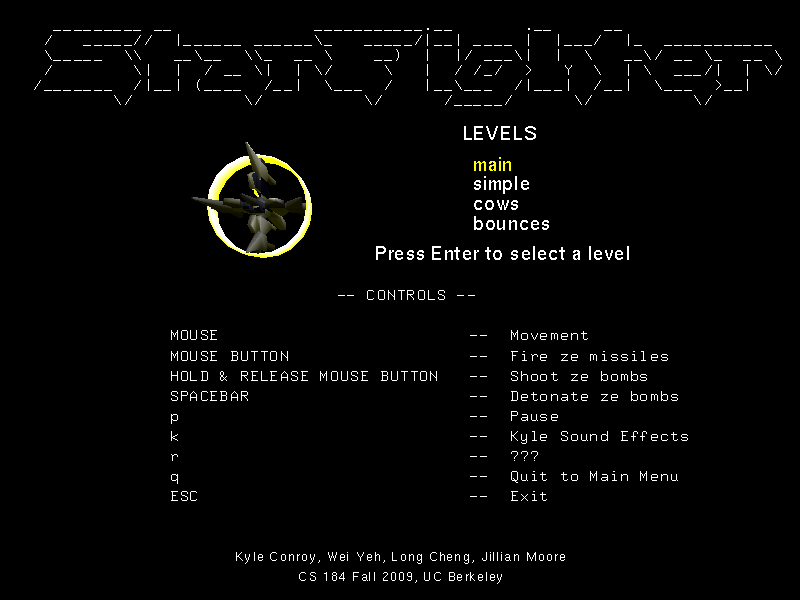 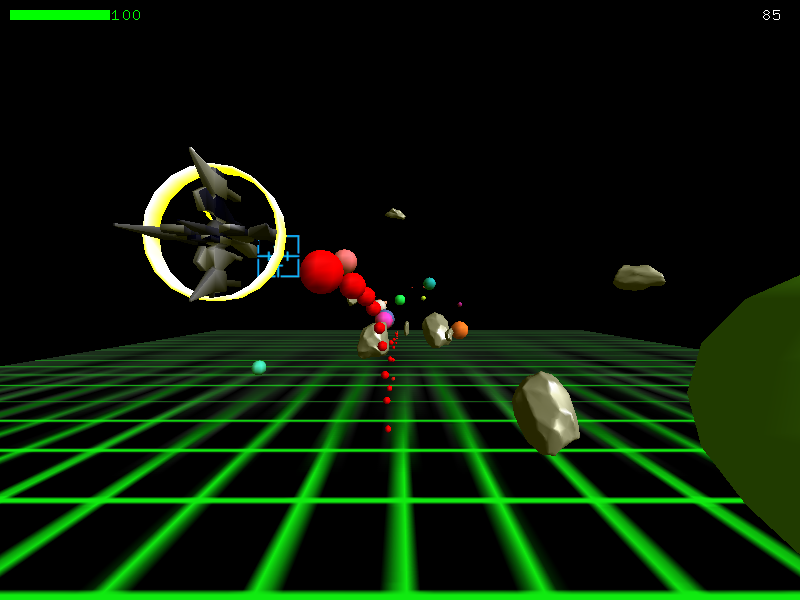 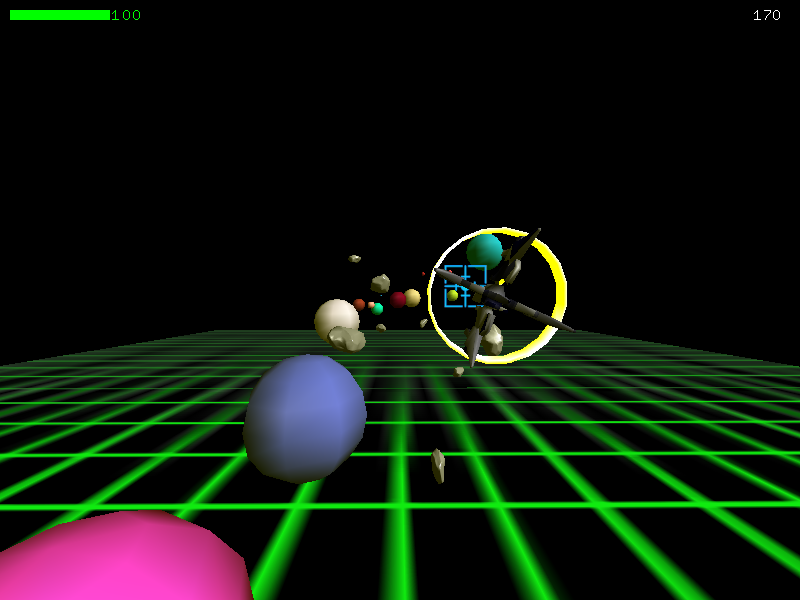 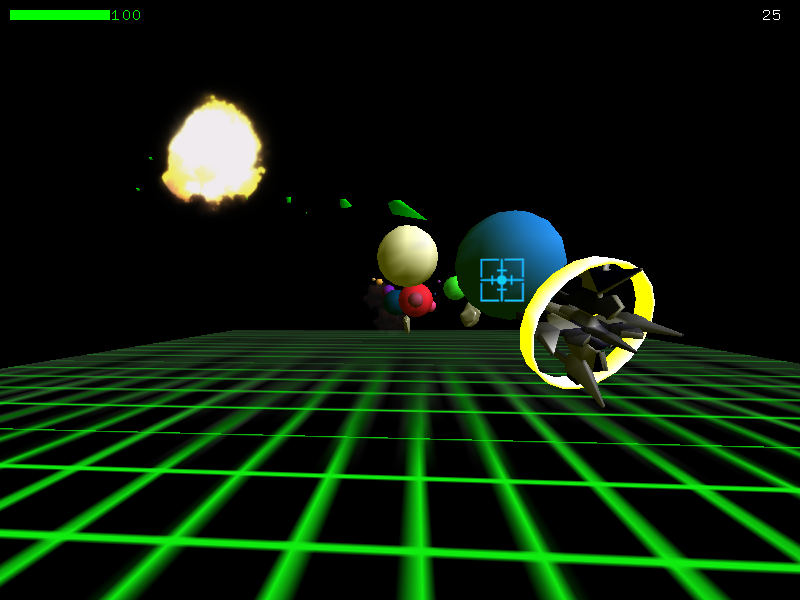 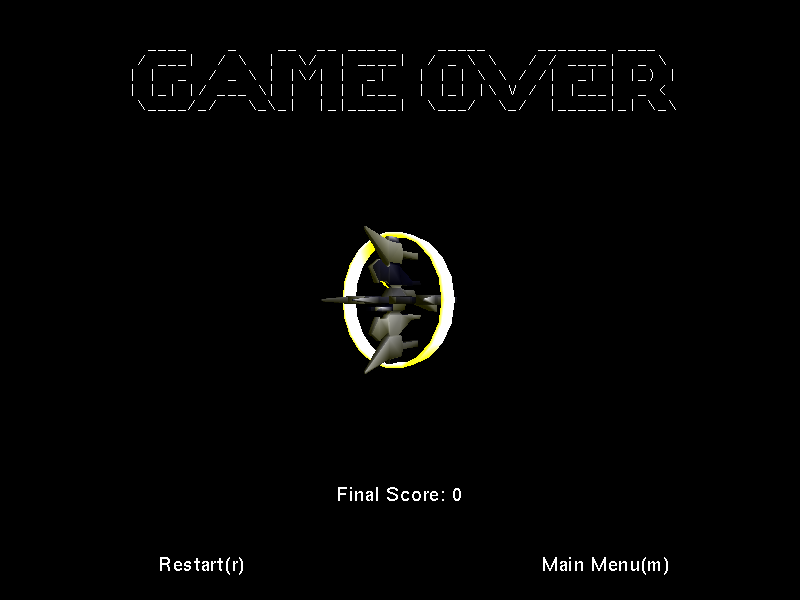 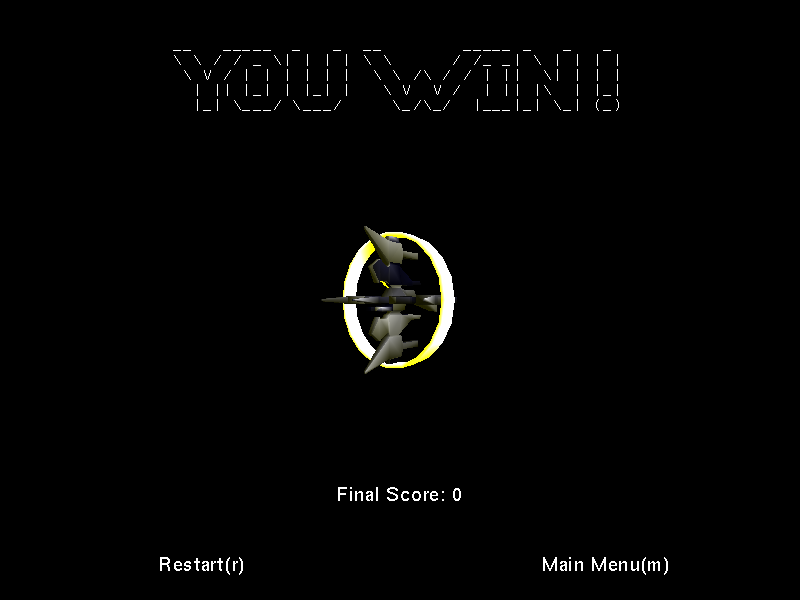 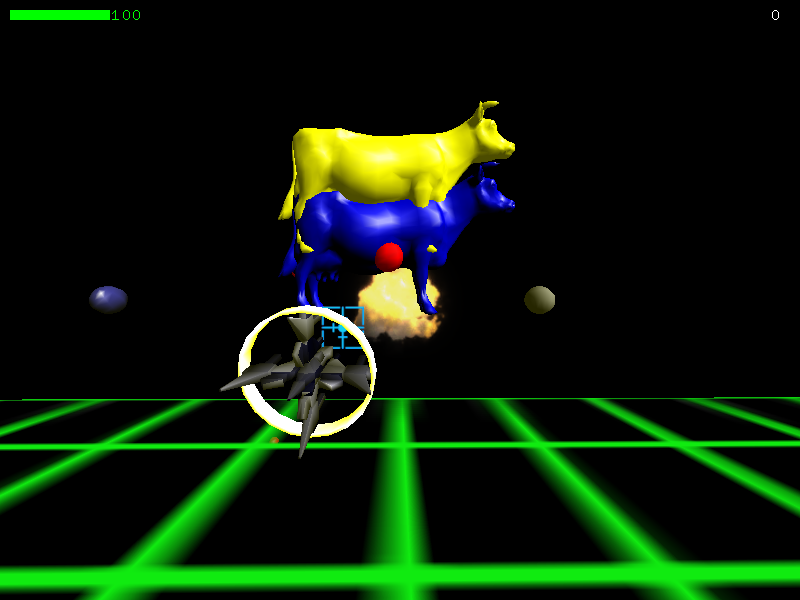 The input file is a level list with pairs

separated by newlines. &lt;level&gt;.level refers to the level file in the same directory.

Some entries have options [option1 | option2]

A sample level file can be found here